Daniele Rosa spent the years 1884-1899 saw the appearance of his most important work on the Lumbricidae: the monograph, I lumbricidi del Piemonte (1) and the Revisione dei Lumbricidi (2) . Michaelsen's famous monograph (3) was in part based on the latter. Rosa then classified the material obtained in foreign expeditions, however he saw systematics not purely as a discipline that served to group together living organisms, but rather as a science that could reveal the relationships between various species. A catalogue of fauna was the occasion for Rosa to set down acute biogeographic observations. Rosa also investigated morphological and histological problems related to Oligochaete lymphocytes and their supposed relationships with chloragogen. He studied the structure and function of the valves and blood vessels of earthworms. These studies were confirmed by Stephenson (4), and he was soon considered an authority on Oligochaets. 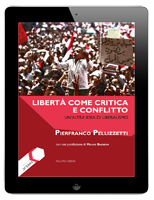